Talk To Me, Baby: The Short-Lived Miracle of the Talking Car


In the mid-1980s, consumers took delivery of the car of tomorrow. They swiftly fired it up, threw a brick on the accelerator, shifted to drive and bailed...sending the car off a cliff. That move plunged the motoring public into the automotive dark ages. I'm talking...about the talking car. I should say talking cars (plural) because we had plenty of them to choose from 30 years ago. For starters, there were motormouth Maximas that told us when we left our headlights on, tongue-tied Toronados that barked warnings about our faulty electrical system, and linguistic LeBarons that thanked us for buckling up.


Electronic pioneers responsible for the graphing calculator and the space race helped to develop these systems for the automotive industry. Technicians tirelessly worked for years perfecting synthesized speech and on-board computer systems, yet the novelty of the talking car quickly wore off before the 1990s. Today at Throwin' Wrenches we salute those responsible for giving the family car a voice.


I was feeling nostalgic one afternoon and I recalled my Grandpa & Grandma's 1987 Nissan Maxima SE sedan. It was the first car I saw with a digital gauge cluster, adjustable suspension...and that voice! It was a pleasant female voice that chimed in after a soft beep whenever something needed attention.

The first time we laid eyes on the car on a sunny Florida afternoon in 1987, Grandma parked the Maxima in the driveway and showed the family what her new sporty silver sedan had to say. She twisted the key, green LCD's came to life and the Nissan began to talk.

Left your lights on without the car running?

Forgot to close a door completely?

My jaw was on the floor mat. I thought this was the car of tomorrow. Here's a little taste of what the Nissan Maxima and 300 ZX voice sounded like...

At the age of 8 in the back seat of Grandma's new Nissan, I was transported to another dimension where the vehicles were given the gift of gab. The car not only verbally communicated with the driver, but it also knew what was happening at all times. A computer knew how long you could drive until the thirsty 3.0 V6 needed another drink. The health of the engine was monitored in real time, and if oil pressure dropped or the coolant temperature was getting a little warm the car knew it. So did you, thanks to a little lady inside the dashboard.

With a giant sponge for a mind, I soaked it all up that summer. Firmly convinced that cars have souls, I wondered how in the world the folks at Nissan were able to make a little inanimate sedan talk to its passengers like the WOPR talked to Matthew Broderick in War Games.

At the age of 35, I finally discovered the magic behind it all.


In 1981, Datsun / Nissan engineers and National Semiconductor created a voice warning system for their 810 and later Maxima sedan and wagons as well as their and 280ZX / 300ZX sportscars using a small phonograph, a tone arm, and an electric motor that would play each voice warning for the proper alert. Think of it as a jukebox that plays things you don't want to hear. The result was a clear, consistent sound that played through the factory stereo speakers. Pretty clever when you think about it, but also simple. Several people have since yanked the units from junkyard cars so that we can take a trip down memory lane. Here's the author of this great Jalopnik write-up on the Datsun / Nissan system demonstrating its inner workings.

The Datsun system worked well, and was also available in Japanese domestic market models and worked the same way, but definitely sounded way cooler. While Grandma, Grandpa and my entire family thought the Maxima setup was state-of-the-art, the majority of Nissan owners did not approve. Several negatively referred to the system's female voice with as "Bitchin' Betty" because they quickly grew annoyed with the constant reminders. Sorry, ladies. A switch allowed drivers to disable the voice system and its assumed that most were left in the off position.

Meanwhile over at Chrysler, this was happening.


Chrysler's Huntsville Electronics Operations worked in conjunction with Texas Instruments to roll out the Electronic Vehicle Alert system in 1983, as demonstrated by Zoltan the LeBaron in the clip above. If the voice sounds familiar, its because it used the same speech synthesis technology as the popular Texas Instruments Speak & Spell, Speak & Read, and Speak & Math learning devices of the era. Instead of teaching kids to spell simple words, the Chrysler EVA gave simple status reports in a polite way, and always remembered to say "thank you" after each alert. Systems came with either 11 alerts in their memory bank, or 24 if the vehicle was also equipped with a trip computer. Many owners and automotive journalists of the era didn't see the need for so much chatter.

Apple's Siri and Android voice have spoiled us today, but back in the early 80s Texas Instruments was working to perfect synthesized speech, and it really was a remarkable advancement by itself, let alone to have it stuffed under the dash of your Chrysler Laser Turbo. Come to think of it, the technology may have been more remarkable than the Chrysler Laser...your call.

Nissan and Chrysler weren't the only automakers to install voice alert systems in their cars. At the same time, Ford and General Motors also played around with a similar setup in their vehicles. Mercury canned theirs after a model year, while GM installed them in Buicks and Oldsmobiles from roughly 1984 to 1989. Using technology from Nissan's former development partner National Semiconductor called the 'Digitalker', General Motors cars followed Chrysler's lead and used synthesized voice to inform drivers of mechanical or electrical problems in their vehicles in a voice similar to Konami's "The Adventures of Bayou Billy" for the original Nintendo.

Here is the GM system in action. You'll notice it sounds very similar to the Chrysler setup.


Did we think this talking car stuff was neat?

No, we killed them all in less than 10 years.

Some found ways to yank the control boxes that held the vital pieces of electronic wizardry containing the car's voice, and silenced them. Others took their cars back to the dealership and told them to 'fix' them so they stopped talking all the time. Chrysler, the company that arguably integrated the technology the best starting in 1983, had installed a switch to disable the entire system in 1987 models. By 1989 the talking Pentastar cars were toast. The future came and went quicker than Molly Ringwald's film career.

Think about it, here in 2015 we're back to adding all sorts of whiz-bang technology like voice command, electronic vehicle cameras and sensors and wi-fi gadgety junk to the average automobile in an attempt to be in touch with everything at all times. You know, like the '87 Maxima kinda was. Your new truck has On-Star? That's cool. I knew a girl in high school that had a Chrysler New Yorker that sounded like Intellivision.


Ok, so this wasn't quite Jetsons flying cars stuff, but the talking car was the logical first step into the future. Voice synthesis wasn't just for video games, it provided a helpful way to inform drivers of how to drive safely and maintain their cars without having to think about it. It removed a lot of guesswork for the less mechanically-inclined. So why don't we have such chatterbox cars today?  I suppose more than anything else consumers didn't like a digital nag with a to-do list. But maybe our current 'do everything for me' era, we could use a little more nagging.

And fasten that seat belt!

Why? Because your car just told you to, that's why.

Thank you for your feedback on Throwin' Wrenches. 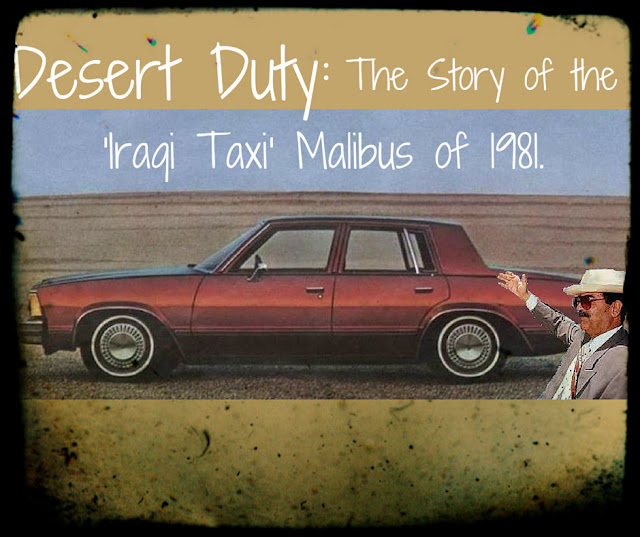 Desert Duty: The Story of the 'Iraqi Taxi' Malibus of 1981 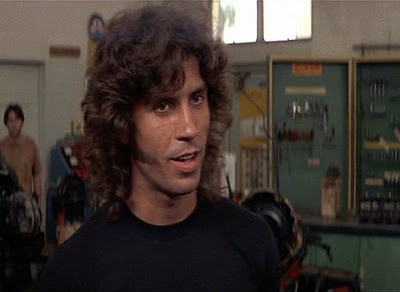 5 Reasons Why Buddy Repperton Was Cool